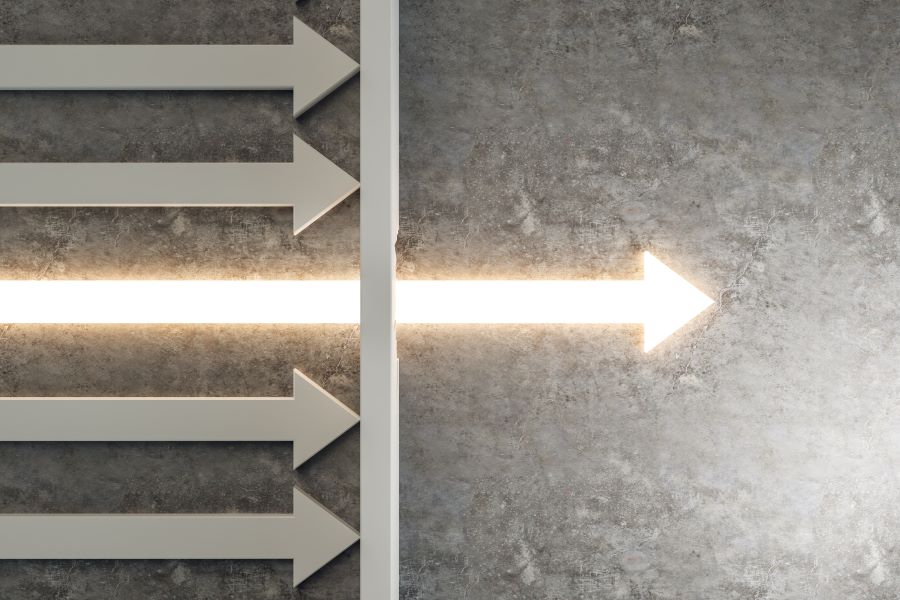 When organisations set about building their strategy there are several mistakes we commonly see.

When organisations set about building their strategy there are several errors we commonly see. Here are some of those that we believe are easily avoided:

Ignoring the strategic importance of core competence and its inherent capabilities around which you can pivot and leverage the whole organisation. Without the proper definition and identification of a core competence, and a commitment to continuously strengthen it, it is unlikely that the organisation would maintain let alone sustain its competitive advantage.

It is vitally important that one looks to the disruptive future to determine whether the core competence remains relevant or needs to be adjusted and the capabilities built up over time. Thereby ensuring that the enterprise is able to compete for a share of the future market.

Not spending enough quality time in the discovery phase to gain a clear view of the future challenges and/or opportunities you face. Without this clear definition it is difficult for an organisation to pivot around their core competence and align their actions and inputs with a coherent strategy. Ignoring this fundamental analysis stage, and robustly challenging the current paradigm, means that you are in danger of just going through the motions of strategy building – template filling – and relying on a positive mental attitude.

Not phasing the strategy. Phasing provides a frame for prioritisation where you can focus on 1-2 critical areas (not ignoring your core competence) and provides a clear path and focus. Where actions, inputs and their intensities can be adjusted, building on the previous phases. It also provides a sense of urgency, faster momentum and achievement.

Phasing reinforces change and aids faster learning where you can see what works and what doesn’t; helping the business become more flexible and reactive.

Thinking motion is action. A good strategy includes a set of immediate and co-ordinated actions that support the plan, and which continue to build over time. Care should be taken not to equate a positive attitude, buzzwords and business slogans as strategy. Nor should we confuse numerous goals and initiatives that at best dissipate effort and at worst compete with each other and are certainly not demonstrative of a coherent and focused approach.

When Steve Jobs returned and rescued Apple, he did not double down on product development or drive all areas of the business. Instead, he greatly simplified the organisation by focusing on a simplified product line and sales channel. Essentially, he focused a coherent set of actions around a core competence and what he understood to be the critical business problem that required addressing.

Ignoring internal and external weaknesses. When considering what are the appropriate actions and inputs critical to each phase of the plan it’s important not to ignore the obstacles within and outwith the business that could undermine progress and lead to a sub-optimal solution. Disruptors, rarely have the firepower or economies of scale of the legacy players. However, they differ in several respects they are unorthodox, not bogged down by corporate inertia or entropy and are extremely good at bringing to bear relative strength against relative weakness.

Having identified and defined these weaknesses it is essential to prioritise and focus on the weakest ones. Eliyahu M. Goldratt, in the ‘Goal’, described a chain and said there was no point strengthening links that were relatively stronger because as you put the chain under load it will still break at the weakest link. The inference being is that all that would have been achieved is waste time, resource and money for little or no return.